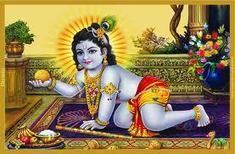 Janmaashtami/ Gokulashtami ( Marathi- गोकुळाष्टमी ), popularly known in Mumbai and Pune as Dahi Handi, is celebrated with enormous zeal and enthusiasm. The handi is a clay pot filled with buttermilk that is positioned at a convenient height prior to the event. The topmost person on the human pyramid tries to break the handi by hitting it with a blunt object. When the handi breaks, the buttermilk is spilled over the entire group, symbolizing their achievement through unity. Handis are set up around the city, and groups of youngsters –called Govinda Pathaks – travel around in trucks trying to break as many handis as possible during the day.

Many – such Govinda Pathaks – compete with each other, especially for the handis that dole out hefty rewards. The event, in recent times, has gathered a political flavor, and it is common for political parties and rich community groups to offer prizes amounting to lakhs of rupees.

Some of the most famous handis are at Dadar, Lower Parel, Worli, Mazgaon, Lalbaug, Thane and Babu Genu, Mandai in Pune.

Janmaashtami – popularly known in Manipur as Krishna Janma – is a significant festival celebrated at two temples in Imphal, the capital city of Manipur. The first festival is at the Govindaji temple, and the second is at the International Society for Krishna Consciousness temple. Devotees of Lord Krishna gather mostly at the ISKCON temple.

Places in Uttar Pradesh that are associated with Krishna’s childhood, such as Mathura, Gokul and Vrindavan, attract visitors from all over India, who go there to participate in the festival celebrations.[8] People in the city of Dwarka in Gujarat – where Krishna is believed to have established his Kingdom – celebrate the festival by visiting the Dwarkadhish temple. In Jammu, kite flying is an important part of the celebration on his day.

In the eastern state of Odisha, in the region around Puri and in Nabadwip, West Bengali people celebrate Janmashtami by fasting and worship until midnight. Purana Pravachana from the Bhagavata Purana are recited from the 10th Skandha. This section deals with pastimes of Lord Krishna. The next day is called Nanda Utsav or the joyous celebration of Krishna’s foster parents Nanda and Yashoda. On this day, people break their fast and offer various cooked sweets during the early hours.

In Southern India, floors in houses are decorated with footprints made from flour, to symbolize Krishna’s childhood sport of stealing butter from houses.

Eighty percent of the population of Nepal identify themselves as Hindus and celebrate Krishna Janmashtimi. They observe Janmashtami by fasting until midnight. They chant Slokas from the Bhagavad Gita and sing religious songs called bhajans. The temples of Lord Krishna are decorated, and bhajans and kirtans are sung or played. The Krishna Mandir in Patan Durbar Square, Narayanhiti Krishnamandir, and other temples of Lord Krishna are the centers for festivities on Krishna Janmaasthimi. Numerous devotees flock to the ancient Krishna temple in old Patan Durbar Square to keep vigil through the revered night of his birth. Observances include people sitting closely together, bodies rocking as women chant the many names of Lord Krisha, such as Narayan, Narayan and Gopal, Gopal. Some sing hymns, others clap their hands, while some others pray. Crowds of men and women edge their way slowly up narrow steps through the seated devotees to the temple’s dark interior, to where the main idol stands. There they offer flowers, coins and food, and wait for a glimpse of the Krishna Janmashtami idol. After the temple priest gives them prasad, they make their way home.

Janmashthami is celebrated by Pakistani Hindus in the Shri Swaminarayan Mandir in Karachi with the singing of bhajans and delivering of sermons on Krishna.

The first ever elected government official in the world to issue proclamation for the celebration Janmashtami is Janet Napolitano, while she was the Governor of Arizona. The festival is also celebrated widely by Hindus in Caribbean in the countries of Guyana, Trinidad and Tobago, Jamaica and the Dutch Colony of Surinam. The Hindus in these countries origianted from Uttar Pradesh and are the descendants of indentured immigrants from UP.

For the past few years, several thousand teams of youth perform street plays on the occasion of Janmashtami worldwide. The performers of these plays are inspired by Pandurang Shastri Athavale, of the Swadhyay Pariwar, to spread the message of Krishna. They disseminate the thoughts of Bhagavad Gita through street plays around the week of Janmashtami.