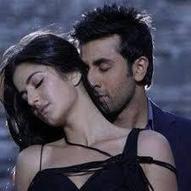 We have learnt that after much speculation, Katrina Kaif will play the leading lady opposite the charming Ranbir Kapoor.

While the film was originally to be shot in 2014, our sources tell us that all efforts are being made to start shooting the film this year itself to ensure that it releases next year.

We had already reported earlier that Ranbir and Anurag are partners on this one.

The trade is excited about Ranbir and Kat teaming up for the third time, especially because their earlier two film outings — Ajab Prem Ki Ghazab Kahani and Raajneeti — were both well received at the box office.